Comp Corp. was founded by Kevin Flynn in January 2008. Presented below is the adjusted trial balance as of December 31, 2014. 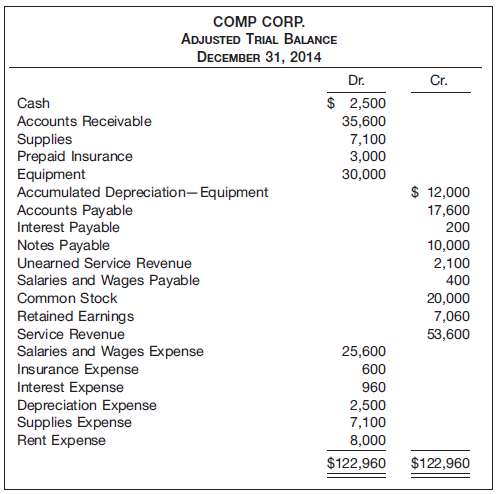 Instructions
(a) Prepare an income statement and a statement of retained earnings for the year ending December 31, 2014, and an unclassified balance sheet at December 31.
(b) Answer the following questions.
(1) If the note has been outstanding 2 months, what is the annual interest rate on that note?
(2) If the company paid $26,400 in salaries in 2014, what was the balance in Salaries and Wages Payable on December 31,2013?