Taxable income and pretax financial income would be identical for Huber Co. except for its treatments of gross profit on installment sales and estimated costs of warranties. The following income computations have been prepared. 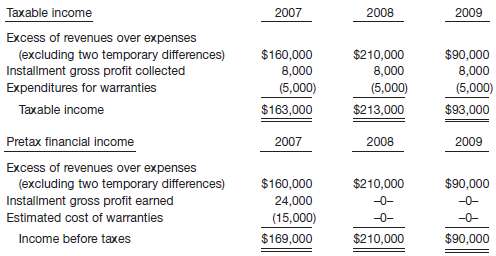